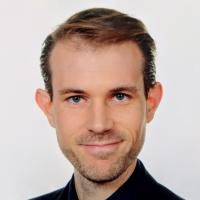 Dr. Christopher J. Austin's research specialization is in Metaphysics and Philosophy of Science, with a particular focus on ontology, modality, and causation in the context of evolutionary developmental biology. He has written on a diverse range of topics including natural kind theory, process ontology, mechanistic explanation, information theory, structuralism, dispositional causation, persistence and identity, truthmaking theory, biological essentialism, and dynamical systems theory. He is the author of Essence In the Age of Evolution: A New Theory of Natural Kinds (Routledge), as well as a number of chapters in edited volumes including Neo-Aristotelian Perspectives on Contemporary Science (Routledge) and Evolutionary Developmental Biology: A Reference Guide (Springer). His work has been published in a wide range of philosophical journals including Synthese, Analysis, The European Journal for Philosophy of Science, Biology and Philosophy, Ratio, and Metascience. 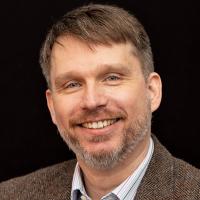 I am a theoretical physicist by training but have worked as a computational neuroscientist for the last two decades, being particularly interested in modelling the collective activity of neurons. For applications, I have focused on general anesthesia, brain connectivity, multimodal neuroimaging, and advanced data analysis. I have recently started working on projects in computational psychology, e.g., reinforcement learning. Privately, I have maintained an active interest in philosophy, in particular in Aristotelian metaphysics. My work has been interdisciplinary in nature, and I have worked in physics, (bio)engineering, medical neuroscience, and psychology in Germany, Australia, the Netherlands, and now the UK. I am currently a Professor in the School of Psychology & Clinical Language Sciences at the University of Reading, and its Deputy Head. In our project I will be responsible for turning our philosophical ideas into computational structures that can deal with empirical data. 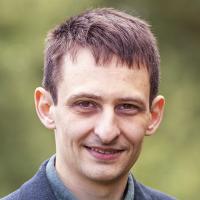 François is a post-doctoral researcher initially trained as a computational neuroscientist specialised in behavioural modelling. His PhD (2016-2019) was focused on a form of metalearning, in other words dynamically tuning parameters of a reinforcement learning model to simulate long term changes of rat behaviour in a bandit task. He has also developed a novel statistical Bayesian method of quantifying connection rates between neurons and a model of foraging behaviour during two postdoctoral positions. His current role as member of this team is to develop models of haemostasis as a case study of mistake making in organisms. 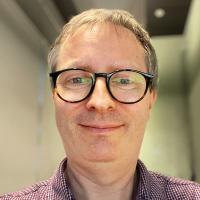 Jon Gibbins is Professor of Cell Biology at the University of Reading, UK, where he is Director of the Institute for Cardiovascular & Metabolic Research. He has spent the last 25 years figuring out how blood clotting is controlled, how and why this is may occur in disease, and how the blood cells that trigger this process, platelets, might be controlled to prevent heart attacks and strokes. This work involves a combination of cell and molecular biology, through models of disease, to clinical studies with patients. Jon’s work has led to the discovery of new systems of blood cell regulation and the development of new therapies to combat thrombotic disease. In this study Jon will be responsible for exploring and testing our philosophical ideas with data from the study of platelets – a relatively simple biological system with plenty of scope for mistake making with substantial physiological consequence.

I am Professor of Child and Adolescent Psychiatry, and Professorial Research Fellow in Philosophy, at the University of Reading, UK. I am also a practising psychiatrist in the UK NHS. As a clinician, and a researcher into developmental processes in psychopathology, it has seemed to me that there are important and still unresolved questions regarding causal processes in the behavioural sciences and mental disorder. In ‘Mind, Meaning and Mental Disorder’, written with Derek Bolton, I sought to show how these questions can be addressed by starting with an examination of causal processes throughout biology, which have the illuminating and intrinsically linked properties of directedness and mistake-proneness. In this project, I will work with philosophical colleagues to further develop and scrutinise these, and allied ideas, in light of current philosophical controversies. Then working with colleagues in relevant empirical disciplines, we will use these ideas to generate and test novel scientific hypotheses. 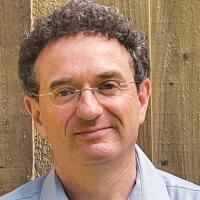 David S. Oderberg is Professor of Philosophy at the University of Reading, England and current Head of Department. He is the author of six books including Real Essentialism (2007) and The Metaphysics of Good and Evil (2020), as well as editing or co-editing several others in logic, metaphysics, and ethics, including Classifying Reality (2013). He is also the author of over seventy articles in metaphysics, philosophy of biology, ethics, philosophy of religion, and other subjects. In 2013 Professor Oderberg delivered the George Hourani Lectures at SUNY Buffalo. He also edits Ratio, an international journal of analytic philosophy, and is a Senior Fellow of the Higher Education Academy, UK.