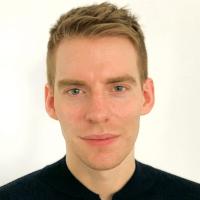 James DiFrisco is a researcher at KU Leuven (Belgium). His work has focused on general issues in biological theory and philosophy of biology such as homology, individuality, functions, and levels of organization. Recent projects include a broad investigation of the constructive conceptual role of dynamical systems theory in evolutionary-developmental biology ("Hierarchical evolution of dynamical systems"). Currently he is working on a project on the individuation of biological characters entitled "Character individuation in development and evolution."