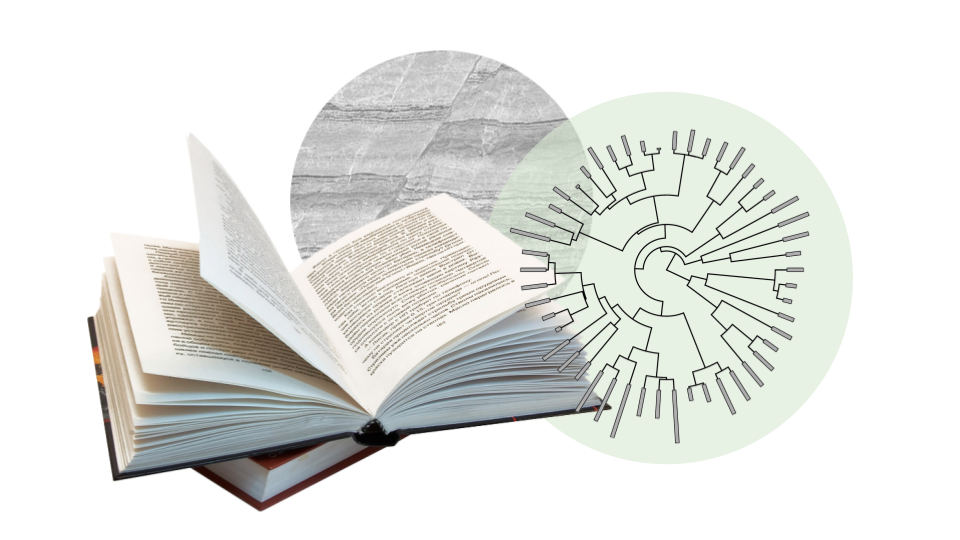 How did you come to philosophy of science?
Once upon a time, I was in a lab that did behavioral research on butterflies. The lab was run by Emilie Snell-Rood, one of the Subaward Principal Investigators on this project. But I didn't do empirical work in that lab. Instead, I got interested in conceptual issues pretty early on, which is how I realized that I wanted to pursue philosophy. This simplifies things a lot - there was plenty of teeth gnashing involved! But anyway, I ended up doing my PhD in philosophy.

What kinds of work in philosophy of science interest you?
There are lots of discussions within the sciences about contested concepts. And the thing they're asking themselves is, basically, whether a particular way of looking at things is the right way. Which makes sense! If you're a scientist, you ought to be concerned about that. But philosophers don’t need to pick a side. In a lot of the debates I’m interested in, I personally don't care who’s right. I mean, I care in the sense that I would love to know what's right and what isn’t right: but my interest in the debate is not about picking winners. Instead, the work I prefer tries to understand what’s going on: what’s at stake in this disagreement? And also, how can I best dissect the complexity of the debate without abstracting away from the real issues or coming up with a philosophical fix-all that I can impose on the discussion in a top-down way?

What parts of Earth Sciences interests you?
I really like the earth sciences, but the parts I like best are the more life science-ey bits. There are many kinds of scientists who work in the earth sciences, from people who study the chemical composition of minerals to people who look at how organisms interact with their environments on a range of different spatial and temporal scales. And I tend to like the latter kind of project a bit more. In part, I'm sure, this is because my background is in thinking about conceptual problems in Ecology and Evolutionary Biology. But I just think there's a whole bunch of really interesting questions about how life interacts with its physical environment, and how the physical environment both shapes the living community and vice versa over long periods of time.

That research becomes more than just interesting when it's used to inform reasoning about, for example, how ecosystems are likely to respond to human-induced perturbations of the climate system. So that's just a complicated way of saying, I just think it's really cool.

How did you get involved in the Purpose Project and what is your role?
I am a postdoc with Alan Love, who was also my PhD advisor. So I’ve been involved with the project from an early stage. As to my role: I work with Alan and do the things he asks me to. Some of them are on the more bureaucratic side and some are on the intellectual side. But I don’t work with any of the sub award projects. Those folks have their own postdocs.

One of the things that I've been doing recently is developing what we're calling a conceptual inventory for the grant. This is a set of provisional definitions for important terms in the space we're working in. So we're trying, for example, to identify different kinds of agency that you might talk about in connection with different subaward projects: minimal agency, collective agency and so forth. And once these are on the table, we attempt to provide concise and useful definitions for the terms. The sorts of terms we’re focusing on are the ones that get tossed around in conversation, where you might possibly say, “Wait, what are you talking about? What do you mean by that?” So the conceptual inventory is part of our ongoing efforts to ease communication between researchers coming from very different disciplinary backgrounds. Hopefully it’ll produce some dialogue concerning these concepts that goes beyond the discussions we had at the Opening Summit meeting.

What do you think is the larger challenge of this project?
I think we have a lot of conceptual work to do. And this conceptual work is important if we’re going to deliver some of the bigger things that the grant aims to deliver. Remember the subtitle of the grant is, “Foundations for a Science of Purpose.” This signals that part of what we want to do is build out a sturdier conceptual foundation for interdisciplinary studies into purposive phenomena in the life sciences. This is an inherently synthetic task. It involves doing conceptual work that goes beyond the kind of work that's involved in meeting the goals of individual subaward projects. And as such, it's really going to depend on a lot of different people pushing themselves out of their comfort zones. Philosophers who are more comfortable doing abstract work are going to have to engage with empirical projects and ask, “what is conceptually interesting about this?” And more empirically-oriented people are going to have to push themselves in the other direction. Everyone needs to ask, “what are the deep assumptions that inform the work we're doing here,” and “what are the ways my research project can inform work that aren't in the same area as mine?” We can't just hope that these things will all be obvious when we meet again in a few years. Things aren’t going to spontaneously fall into place. It's going to require lots of work and many ongoing conversations to meet the bigger goals of the project. But I don't think this means that it can't be done!