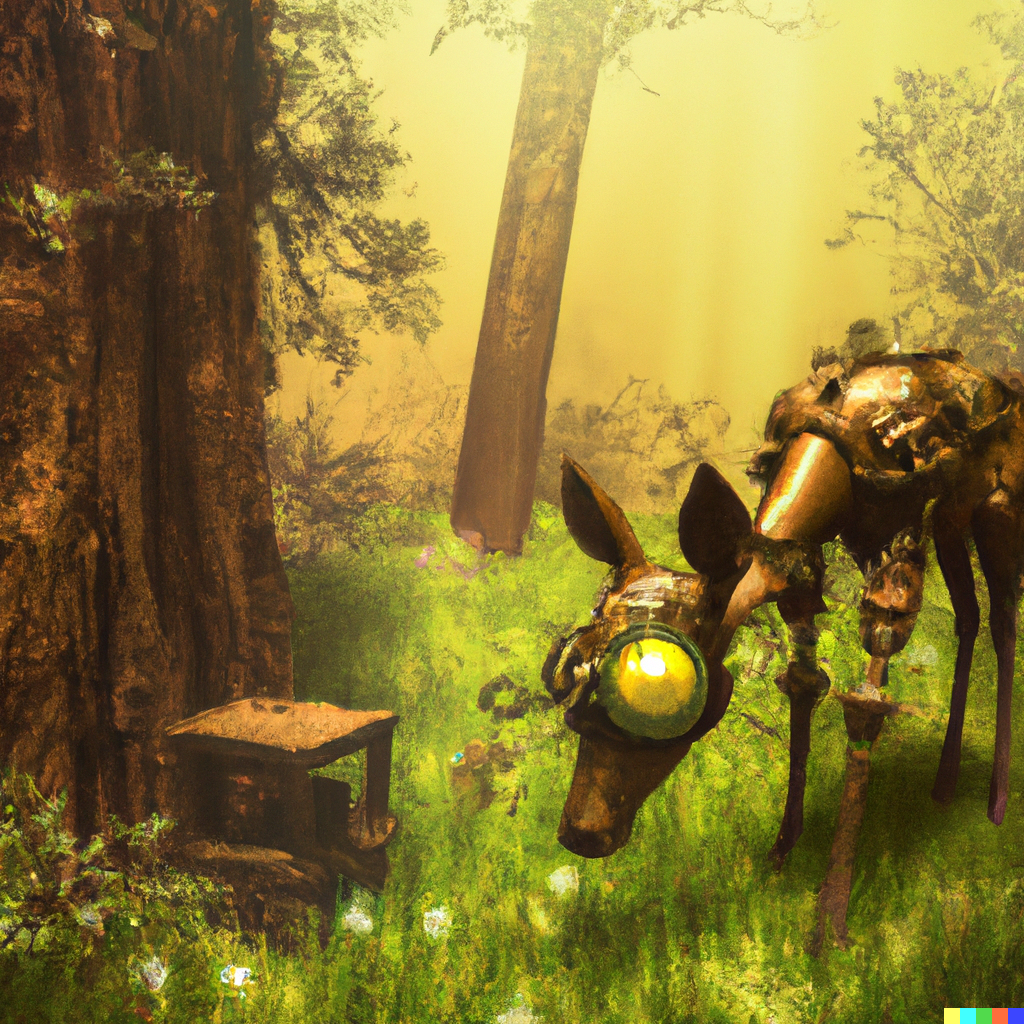 Who are you and what do you think about?
My name is Hugh Desmond – I'm a philosopher and ethicist of science. I'm interested in the interface between the more traditional philosophy of science and its ethical implications. I guess I have two broad research tracks. Besides agency, which I consider one of my major research tracks, I'm interested in trust in science. I'm interested in how research integrity, and how science communication – the makeup and mechanics of how scientists communicate to the public, including what they foreground and background – impacts how the public perceives science and how that relates to trust.

Now, I’ve begun to think about contexts in which these two tracks come together. As an example, I’ve started reflecting on the role of agency in evolutionary theory and Darwinism, and what impact that would have on how Darwinian thinking is portrayed to the broader public. Evolutionary thinking is still never far from many very sensitive ethical controversies, like gender, and it can be – and has been! – used in potentially problematic ways, like inspiring eugenics. What is it about evolutionary theory that makes it so close to ethical and political controversies? How does this change as we communicate differently about evolutionary theory – by foregrounding plasticity and backgrounding natural selection for instance?

What are your goals for the Biological Purpose project?
Our goal in this project is to investigate agency as an explanatory concept in science. What role does agency play in scientific explanation? What types of scientific explanations using agency are legitimate and valid? What type of inferences using agency are valid? We’re also inquiring about the metaphysics of agency – what kind of a thing is agency? Does it refer to a complex of mechanisms? Or is it something else?

Towards these goals, what are you currently working on?
Right now, we're working towards bringing a bit of order to the literature on agency. There are many different people now suddenly talking about agency, but there's relatively little debate about how we're using this term. What are the better ways and what are the less good ways of using the term? What are the criteria for judging different uses of the terms – what are the benefits, the costs, and how do we weigh and compare these different uses of the term? One axis along which to compare and evaluate these different concepts of agency is to think about what agency refers to – does agency refer to some psychological attribute, like intentionality or conscious representation? Thinking about agency in this way has the advantage of people immediately knowing what you're talking about. But, if you're going to start talking about the agency of bacteria for example, this requires you to stretch the concepts of representation or of intentionality. Others think about agency as a behavioral property, like a type of pattern of stimulus-response.

This work is important because at the moment, you have a number of quite prominent figures advancing an agential view of organisms, but they’re doing so without engaging with each other.

Our work can help clarify how these different scholars are defining and using the concept of agency.

Where does the concept of “agency” fit into science?
I'm actually still struggling with that question. I think that it's one of the most important questions for this consortium insofar as we're concerned with establishing whether and how it's scientifically legitimate to view organisms as agents. Even if we can talk about organisms as agents, what do we gain from it? What does science gain from it? Scientists often flesh out the value of a scientific theory in terms of the predictions that it makes, like whether it describes a phenomenon with mathematical precision. For them, the most important aim is to be able to predict new phenomena. For us philosophers, the question then becomes: does agency fit into that template? Can you use the concept of agency or some framework of agency to generate new predictions?

One hesitation I have is that agency seems to attribute some kind of capacity of choice or freedom to the organism. Once you establish that an organism has some kind of capacity of choice, it definitely makes it more difficult to make a very fine grained prediction about its behavior. Alternatively, if you take the approach to translate agency into terms of some type of complex mechanistic explanation, the question then arises why we are talking about agency, or why do we need agency? After all, if we think about organisms as very complex machines, and we know how these machines work, then we should be able to predict the organism’s behavior if we do the right kind of measurements and calculations. This dilemma, where agency seems to be in tension with fundamental scientific values like predictiveness, is something with which I am still kind of struggling.

Apart from prediction, how else could we utilize the concept of agency?
If we recognize that organisms are agents, it could be beneficial for conservation science. When you realize how intricate organisms are and how they engage with complexity in their environment, we might recognize that we need to give them the space to engage with that complexity. This can foreground the need to not be over-interventionist in our approach to natural habitats. Even if agency does turn out to put barriers on what we can know with mathematical precision and predict, the concept could still have a useful function for avoiding misguided ecological interventions.

If you could share a drink with any philosopher, who would it be and why?
It’s rather corny, but I'd probably have to go with the ancient Greeks, Plato and Aristotle, and transport them to today's society to ask them what they think about what philosophy has become. For Plato, philosophy is a love of wisdom – an activity to give direction in life. But for many professional philosophers today, it's become closer to something of an argumentative game – who seems to have the stronger argument? Some will of course say that this competition is the only way to make some semblance of progress, but I'm not so sure. So, I'd like to have a conversation with some of the ancient Greeks about the movement that they started two and a half thousand years ago and ask what they think of how it is at the moment.

What’s next?
Soon, Thomas Reydon and I are going to write a monograph on the concept of agency for the Cambridge Elements series, which we hope to be a valuable contribution to the emerging literature of gaining more clarity about the different ways we can use the term “agency” and what ways are more preferable than others. In parallel, I'm working on and hope to finish a paper outlining a new model of agency where choice – and not intentionality – is the leading metaphor.

Edited for clarity.
Photo credits: Created with the assistance of DALL·E 2