Features of Autonomy in Human Evolution 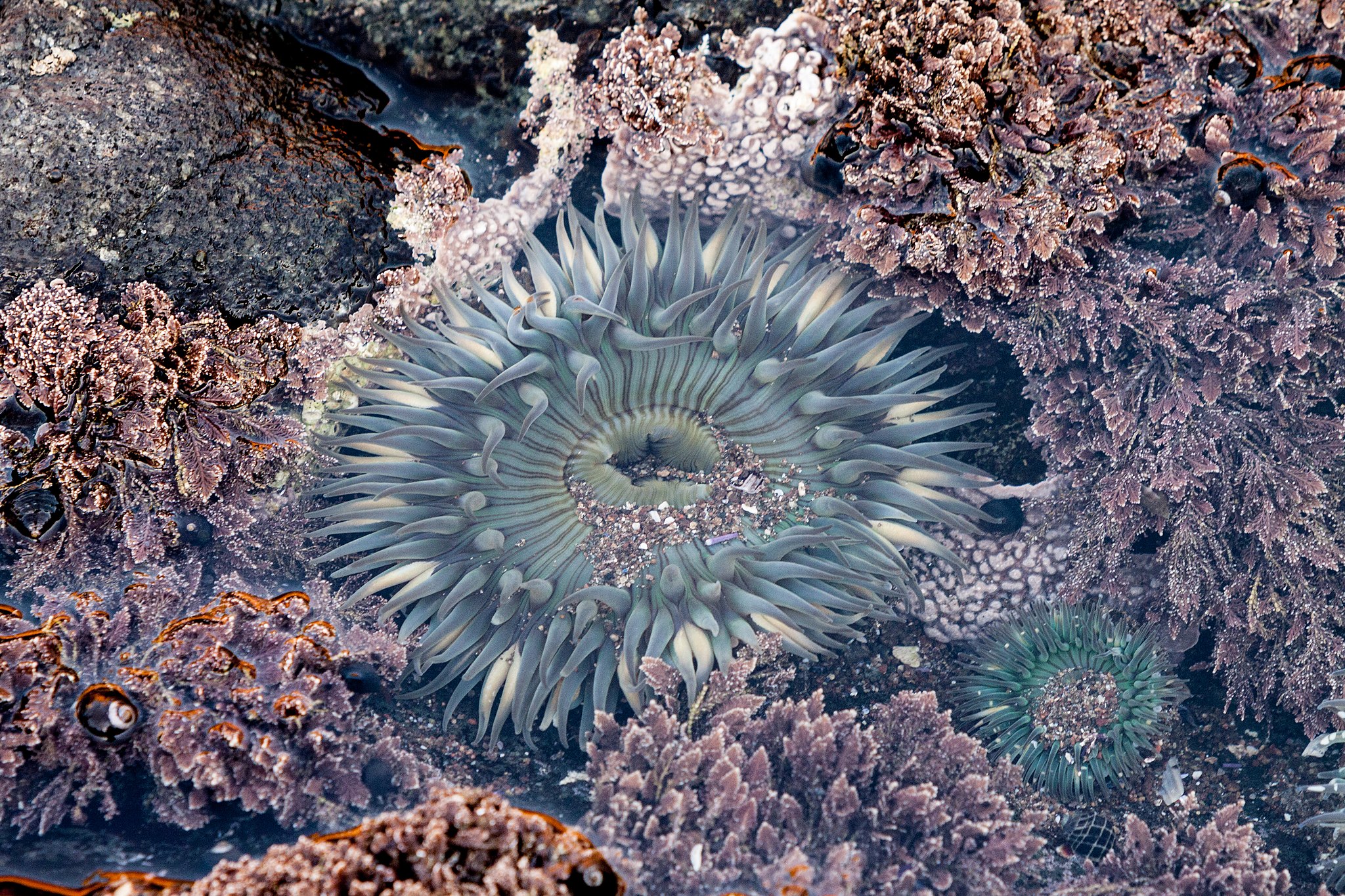 Studies of macroevolution have revealed various trends in evolution, which have been documented and surmised. There is, however, no consensus on this topic. Since Darwin’s time there has been one presumption that throughout evolution organisms increase their independence and stability towards environmental influences. This consideration appears repeatedly in the literature. A total of 35 different scientific authors who have mentioned or discussed the principle in their writings have been found (Rosslenbroich 2014). However, there has been no more detailed treatment of it.

In previous examinations we studied this feature, and its different aspects were summarized as increases in autonomy in Rosslenbroich (2014). We described that during the major transitions in animal evolution there are not only adaptations to given environments, but also changes in the capacity for autonomy of individual organisms in the sense of a relative emancipation from direct influences and fluctuations of the environment.

The study showed that during the major transitions, the capacity for individual autonomy changed and was gradually enhanced and extended. Enhanced autonomy is understood as a property that increasingly allows a system to maintain its functions against internal and external perturbations and uncertainties, and at the same time gives widened possibilities for self-generated, flexible reactions and active behaviors. Physiological stability and versatility lead to enhanced capacities for the self-control of life-functions and activities. Generally formulated, it is a widening of possibilities. Thus, there are organisms that are more subject to the direct physical, chemical, and biological conditions of their surroundings, and others that can act more on their own behalf because they are more active, flexible, and selective in the interaction with the environment. These processes are described as changes in relative autonomy, because numerous interconnections with the environment, exchange with it, and dependencies upon it were retained.

This view is not intended to replace conventional evolutionary theories. Principally, increasing autonomy is presented as a recurring pattern during macroevolution. However, it is proposed that a more complete theoretical integration of the pattern would be an important element for a better understanding of macroevolution.

A single-celled organism, for example, distinguishes itself from the surrounding fluid medium by actively creating its boundaries. Inside the boundary of a cell, many reactions and chemical transformations occur, and genetic and epigenetic instructions make it possible to generate a basic form of autonomy and self-determination.

During the generation of multicellularity, an epithelial boundary is formed, which is organized as integuments. The cells, together with the occluding junctions between them, seal the internal space from the environment so that the passage of substances can be controlled. The composition of fluids in the inner spaces can be regulated and concentration gradients compared to the environment can be created. The extracellular matrix within the boundary effectively allows cells to create their own intercellular conditions. However, there are large differences in the degrees of buffering of physical and chemical changes in this intercellular space. Some organisms have only basic regulative functions for the extracellular matrix; others develop organs such as nephridia, which regulate this composition. In summary, it can be stated that the general characteristics of multicellularity, as they evolved in early metazoans, essentially enhanced the possibilities of physiological regulation of internal compartments and tissues.

The so-called Cambrian explosion involved the radiation of multicellular animal phyla, beginning around 540 million years ago. It is characterized by a huge variation of body forms, thus marking a phase of profound innovations leading to changes in biological activities. Looking at the fossil record, together with knowledge about recent phyla, it can be said that the set of resources, which can increase autonomy, are all involved in these innovations: increasing body size; reinforcement of the environmental separation through skins, cuticles, and shells; extension of homeostatic possibilities and the internalization of organs and functions (for example, respiratory organs, circulation systems, nephridial organs); diversity of effective motor systems, so that the movement capacities expanded and a much stronger mechanical impact on the environment became possible. The generation and extension of nervous systems enabled multicellular organisms to channel information from the environment by creating a dam between the external world and the interior milieu of the organism, and to react in a modulated and more or less self-determined way. The different body plans of the phyla are characterized by the varying combinations of this set of resources. The phyla started their further way through evolution with these different prerequisites, allowing for different possibilities of independence and flexibility.

A specialty of the basic organization of chordates and vertebrates was the construction of a central axis with affixed muscles, which makes the motoric system quite effective. The crucial innovation was the chorda-myomere system. The stiffening through the chorda - and later through the vertebral column of the fishes - offers a strong elastic insertion to the muscles. The system is made very effective by the antagonism of the muscles to the axis (which releases elastic forces), the antagonism of the muscles on both sides of the axis, and the concentrated transmission of forces on just one axis. Thus, one basis of vertebrates was a mechanical principle that from the outset had the potential to develop constructions for the high autonomy of movements. This potential was elaborated to different degrees in water. Then, especially during the transition to land, it was also the decisive feature to stiffen the whole body to counteract gravity, another prerequisite for further emancipation from environmental conditions.

With the formation of the vertebral column, a whole series of features developed, which allowed for the active lifestyle we usually associate with vertebrates. Pertinent to these features are specialized sensory organs and a brain, an extended metabolic capacity, an elaborated circulatory system, breathing organs with a large capacity, organs for digestion that deliver energy for high activity levels, a glomerular kidney, a complex endocrine and immunological system, as well as cartilage and bones functioning as strong building materials. Lifting the trunk above the ground, against the forces of gravity, generated new possibilities for the use of the lever principle of legs. Especially in mammals and birds, increases in the flexibility and efficiency of movement were reached by reorganizations of the limbs and the vertebral column, essentially supported by endothermy, the autonomy of body temperature.

Humans have a special combination of features of autonomy which serves as the basis for our physical, behavioral, mental and cultural versatility and creativity. This connects humans to nature and pre-human history, but at the same time allowed the evolution of special characteristics and skills such as language, making tools and processing information.

Our hands are one example out of many: Human hands are completely freed from locomotory functions because of our upright posture and have nearly unlimited possibilities of flexibility and dexterity (think of a pianist or a surgeon). The concept also throws a new light on neurological capacities and human brain evolution in general.

If this feature is taken seriously, then human evolution and human attributes can not only be defined by survival and reproduction, but must include characteristics which are related to autonomy, independence, individualization and even perhaps to what is experienced as human freedom. At the same time adaptation to given environmental and especially social factors plays a role, and also the active modifications of the environment in which humans live. Then, evolutionary transitions are changes in the mutual relations of autonomy, agency, adaptation and niche construction. Successful transitions of this complex may have fueled the major transitions in pre-historic times as well as recent developments and societies (Rosslenbroich 2022).

This results in a complex of features of autonomy and constraints, of possibilities and conditions. There are genetic and physiological conditions as well as social and economic conditions as well as conditions of survival per se. There is a constant tension between adaptation and autonomy at different levels such as the physical-functional level as well as at the levels of behavior and cognition. The challenge for a further study of autonomy in humans is whether it will be possible to analyze and understand this complex in its interactions.

Thus, biological restrictions accompany us and impose limitations, not only in our physiological needs, but also in our behavior and in some of our social structures. However, at the same time, our organization enables the generation of a world of play, speech and culture. With all this, a feature emerged that is clearly unparalleled within the animal world: the ability of self-control and willful, conscious behavior, including all the related qualities which constitute a responsible person.

Our former studies of the described pattern have concentrated mainly on the evolution of animals, whereas human evolution has been included only rudimentarily so far. In the present project, the concept will be examined particularly with regard to human evolution, human characteristics, and human agency. The following topics will be examined:

Rosslenbroich B (2014): On the Origin of Autonomy. A New Look at the Major Transitions in Evolution. Springer, Cham, Heidelberg, New York, Dordrecht, London